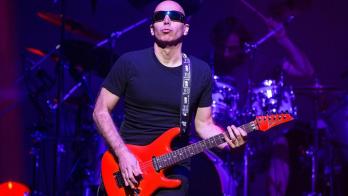 Joe Satriani was inspired to play guitar at age 14 after hearing that Jimi Hendrix had died. Satriani reportedly heard the news during a football training session where he immediately confronted his coach and announced that he was quitting to become a guitarist.

Next international events of Joe Satriani